32 replies to this topic

Hello wasn't to sure where to post this but I'm currently looking for information on the bob morris a9x 79 touring car champion.
was wondering if anyone had some insight on this old girls history, The car was in my family for a many years and i have found out that the car didn't race Bathurst in 79 but when bought was in bathurst condition? just wondering if anyone had any photos or information about this and the sister car also
My mum has alot of photos from this time will have to post some pics aswell,
If you could give me any insight would be appreciated
Thank you.

Isnt it at the Fremantle Motor Museum? Ive got some photos somewhere. Not sure if the museum is still open? Im sure some WA locals can provide a bit more info.

Saw that 1 when we visited the museum in Freo but I think
its now closed. If Briggsy still has it then its probly up
at his museum in York.

Im sure 2 cars were used in 1979 championship. First car was from 1978 and other was one built in 1979.
1 is now restored other is in as race condition.
There was an article in AMC magazine some time ago.

depends on which car you are taking about. Two cars were used throughout the championship in 1979. Bob always referes to them as the old and new car. The Old car has pickups on each side of the tank, the new is in the centre. Both cars were entered in Bathurst 79, the new car did the race. The old car was sold to the York museum owner at the end of 79, the new car sold to a private racer and was unearthed a few years ago and has been doing some racing in group C. Bob was reunited with it in 2004 at Norwell.
So which one where you asking about?

Was talking about the new car as my mum remembers the pickups being in the centre do you know how many rounds of the touring car championship the new car ran???
I did hear that the sister car was kept in Fremantle Motor Museum but i believe the museum has since closed and it may be in the York museum but have not found any information about which rounds either car raced.
Cheers

Red the 79 car is the one on the coast here isnt it? Gary drives it occassionally

Both cars were built around the same time, Bob just refers to them as old and new. The old car was the one the Amercians ran in 77 while Bob drove the sedan. The cars were swapped round to round during 79, remember Bob did the AMSCAR series at Amaroo too. The log books would show what car raced where.
The new car had the Morris colours all removed before it was sold on as there was some dispute over payment with Rob Hogdson and Peter Malloy. I believe the 7 was still on the car though.
Can you get some pictures up of when your mum owned the car? I spoke to the guys when they were restoring it a few years ag and it was pretty much complete.
The car gary drives is the new car. The one in York has been there since 1980 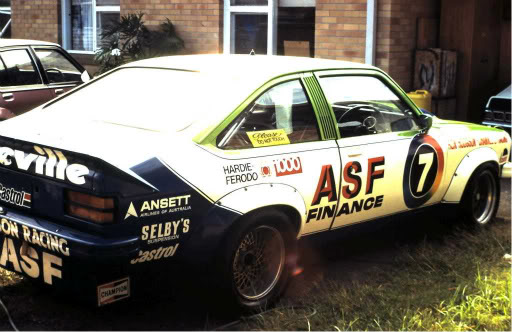 heres a photo of the car when it was first bought. cheers

love to see an extended pic, looks like an orchid metallic or cyclamen 4 door to the left and an lj in the carport.

So what did your mum do with it?

Clearly she eventually sold it.

Clearly she eventually sold it.

Maybe I should have been more specific. What did she do with it once she bought it. How long did she have it? What makes you think it didn't do Bathurst?
What other information do you have because in 79 there were only 2 cars, the new one did Bathurst the old one only did practice and it's been in York ever since

L34 To the left mums GTR XU1 infront My mum use to be a one man pit crew haha! My old man raced it for a few years and changed the colours the green to a gold, if you spoke to the guys that restored it you probably spoke to him or garry, I wasn't sure which rounds it or the sister car raced just got told it didnt race bathurst but obviously the person that told me had the old and new car mixed up, just wanted to get some insight on its history when my old man left with everything my mum got the car and was stored at my grandparents but a couple years later he picked it up. She still loves the old torrys! ill post up a picture of the L34 also 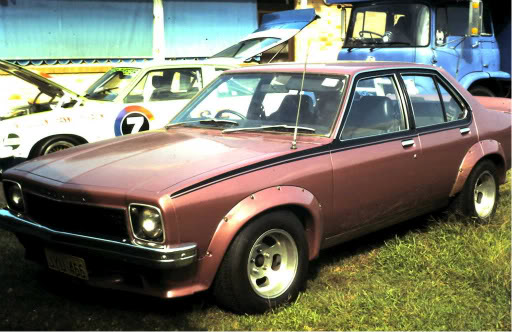 ASL became ASF half way through 79.

I wonder where it is now?

The easiest way to prove the new car did Bathurst 79 is watch the Chevron highlights from 79 with the in car footage of Peter Williamson. At one point he says something like "and coming past now, Bobby Morris". As you hear the car race past on Conrod, look at the tank of the car and you will see the centre pickup.

thanks for sharing your story with us.

The Bob Morris car is on display at the York Motor Museum, it was moved there after the Peter Briggs collection of cars were unable to secure an extension of lease at Fremantle. The car is essentialy as it came off the track. I believe a certain Baron sat in the car during the 2011 A9X Nationals !!

Oi Michael, quickie question, what rims did Bobby Morris use as a loose rule in 79 ?

Back to The Heyday of Motorsport