Was 1996 last time I rebuilt one if these so I thought this the best place to get specific advice along the way.

Motor came in my FB ute and appears to have been bought unstamped unpainted short motor then stamped V680077P, so assuming it is 68 vintage.

Ran fine with 155 to 170 compressions but noisy piston and or gudgeons and smoky.

Hers is where some advice is solicited. I'm having trouble getting the balancer key out of the keyway in the crank, so I can pull the rear off the snout. Appears to be pretty tight. I was thinking it would just be pulled out by the rear as it slides up the snout. Not sure now and don't want to force it. Not worried about the key as they are generally replaced. But don't want to break tool using the rattle gun. Maybe I'll proceed by hand.

The woodruff key shouldn't be hard to remove from the snout. Blind punch and a small hammer to dislodge it.

That is a vic police number?

That is a vic police number?

You’ll know by the cast date when it was built.

Check the crank’s end float too to make sure it is OK. I can’t recall a Holden six in a car having issues but seen a lot of SBC’s out of manual trucks where the crank is buggered as the thrust surface on the crank has worn. On one of them I had no end of trouble removing the key as it had been affected by the crank moving backwards and forwards. If the Holden 6 you have has been in a Bedford it may have been hammered. The reason I have seen a fair few truck SBC’s is they are a good source of STD bore 4 bolt blocks. Funny thing is they normally have buggered thrust and bearings but are often STD bore. Maybe it’s something to do with small (2BBL) carbs so less bore washing but boy do their crankshafts cop a flogging!

Yeh key came out with a decent punch on the end thanks Dave.

Not too worried about the date really but yes I’ll check end float. Not planning on pulling the caps. I’m on a bit of a deadline so I’ll probably send off to local builder. The only value is saving me another inspection if I change blocks. Otherwise have a 179 in better condition. These are both virgin bore and crank. But the 179 could get by with a rering.

Did you say 25 thou piston to bore?

I could get feeler gauge down to top ring. My gauges are so old I can’t read the labels but I think so. The slugs can be rocked fore and aft, and side to side noticeably. It ran ok up to valve bounce and drove it for a few hundred ks, but was noisy at revs and used a lot of oil. Like 0.5 litres per 100km.

If either of the cranks had an auto behind it use that and linish or grind.
If the 179 measures up hone and re ring but if not yeah bore the 179, it's a no brainer.

179 had no spigot bush and is early HP so would have been Hydramatic. Why is the auto crank preferable. Obviously will be a steel crank in the 179 too.

Yeh had a hunt recently saw those thanks Byron.

Manuals thrust the crank a lot more than autos. 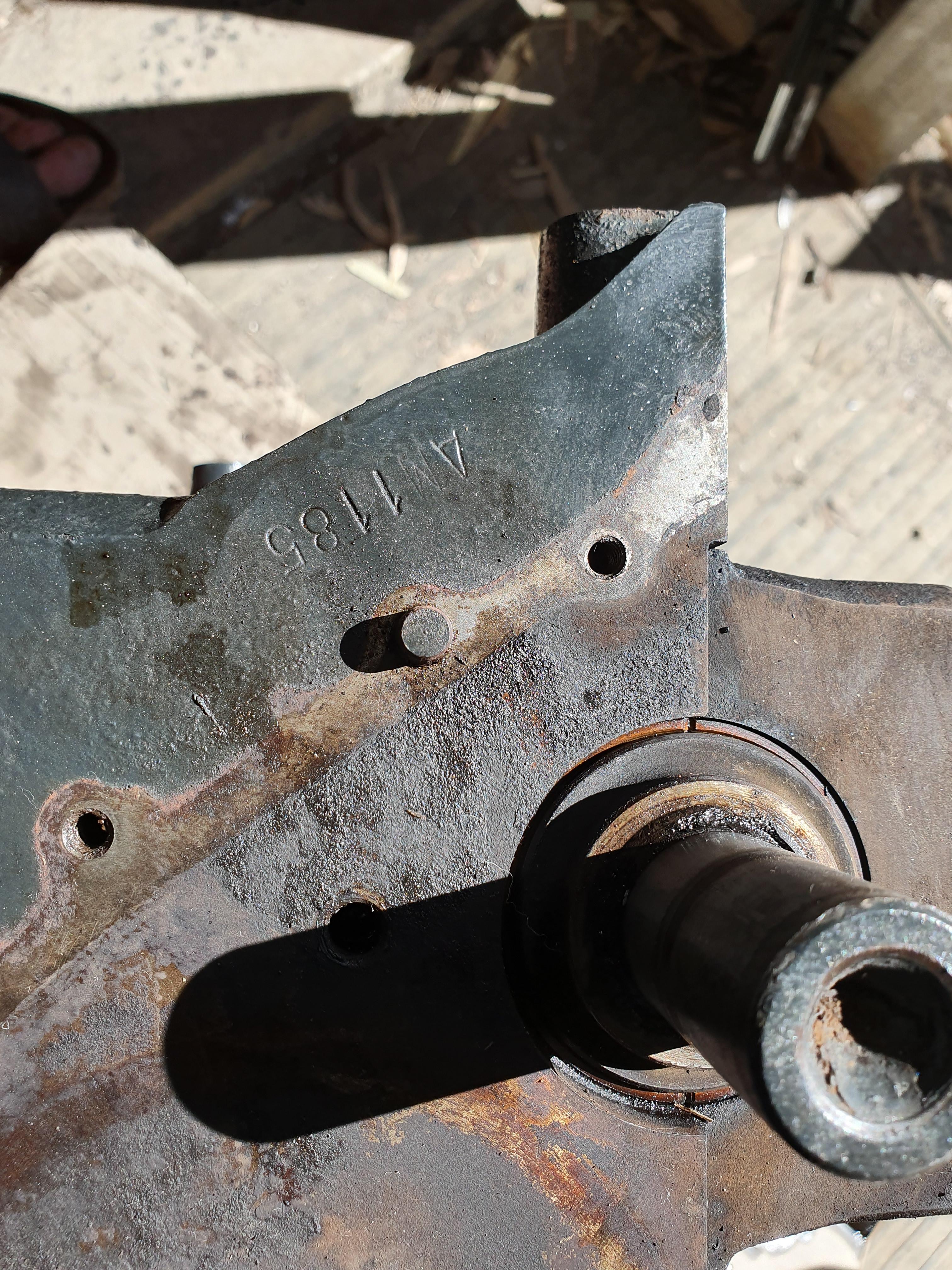 HR engine. Same engine as HK though other than the body specific changes to engine dress.

Those look a lot like engine plant stamps, so maybe you are right that is was a block and piston or short engine? Who knows.

I'm going to apply for engine change shouldn't be a problem but we'll see. The 179 will get away with hone and linsh I'm betting.

Both cranks are 7420005 I now realise. Can't find this number in my MPC because the index is partly missing.

Choice of block currently pending so on to heads. I want to use the water heated alloy manifold compatible head and have the choice of a stage 1 style 202 head just needing a grind and rocker arm replaced, or I have a 161 H head condition unknown. Suspected stock in need of overhaul. I don't have a 186 style low comp with adjustable tappets. Not interested in lashing out $600 on roller rockers as I don't intend running a big cam.

Just remember the 161 head is going to give you high 9’s or 10:1 compression, and without a decent cam it might ping on you. You shouldn’t have any dramas finding a 179 or 186 head if you want to run the bigger chamber but the older rockers.

I doubt you will find 7420005 in any parts catalogues. That will simply be the part number for the raw forging. The finished auto and manual crankshafts will have their own unique part numbers.