What the Heck does that mean?


44 replies to this topic

Holley - a brand of carburettor produced in America. A very large selection of types and sizes are available, and a number of other brands are based on or re-manufactured versions of these carbys. Holley also produce fuel pumps and fuel regulators.

Stroker - an engine where the standard stroke has been increase to make the capacity larger. Usually done through offset grinding the crank or by using a larger stroke crank, this generally increases the available torque.

Control Arms (UCA & LCA) - Also called A-arms, due to their shape. Upper control arm holds the top of the stub axle,lower control armholds the bottom of the stub. These pivot about their mounts, tracing an arc where the wheel sits. Off the stub hangs the rotor/brake, on that sits the caliper. The shock usually goes up through the centre. 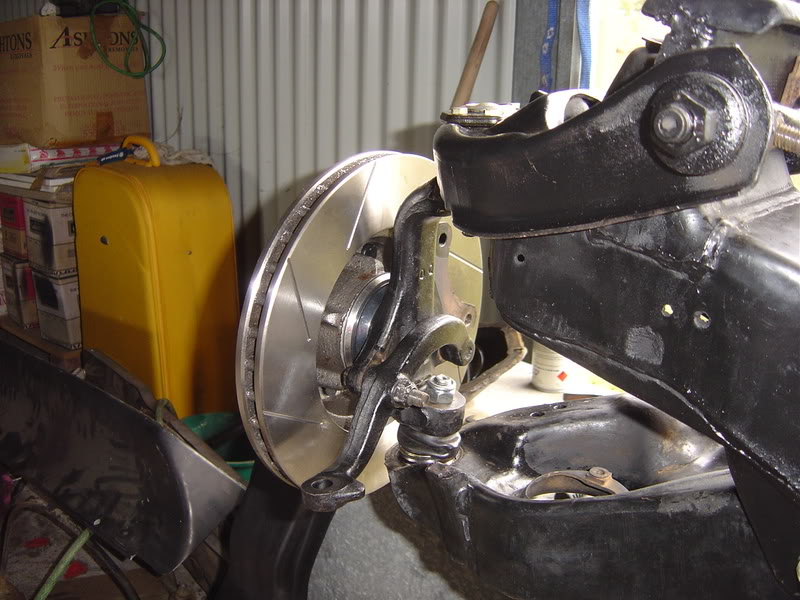 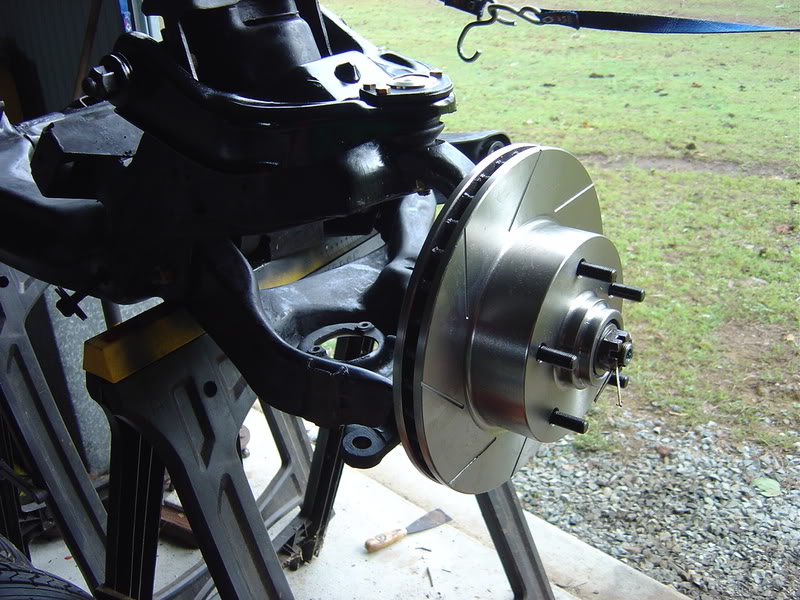 Trailing Arms - the rear suspension that attached the differential to the body, and allows for the up and down movement of the differential relative to the vehicle body. Torana's have a Triangulated Fourbar setup to keep the diff (reasonably) centred. 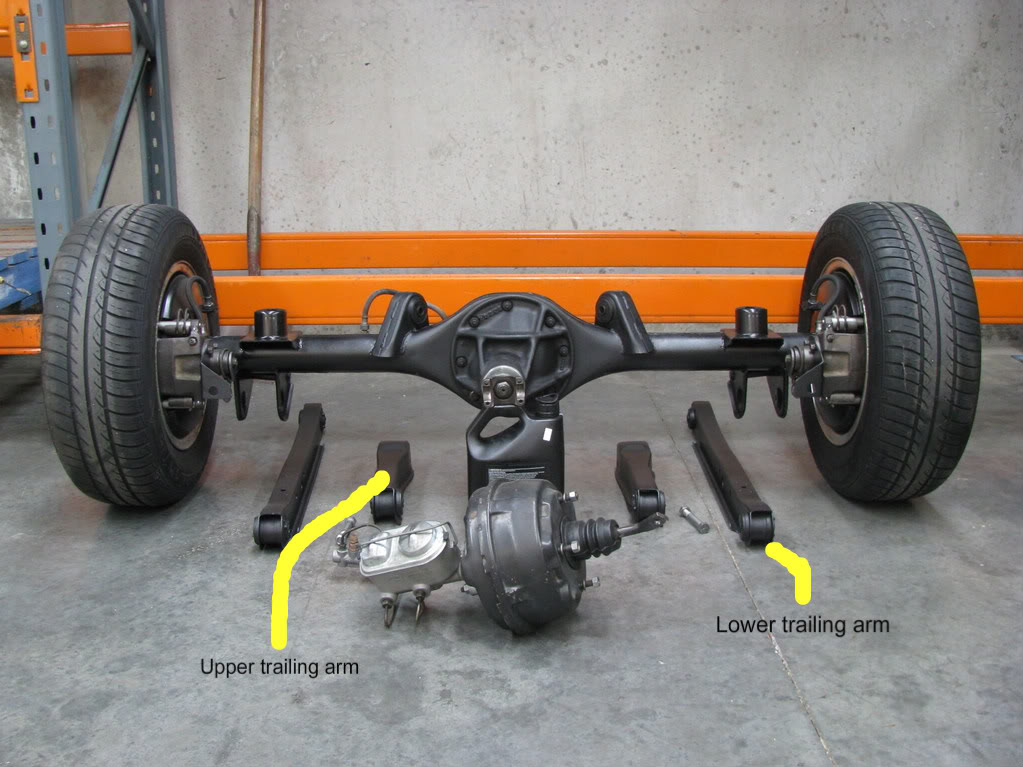 Panhard Bar/Rod - A Panhard bar serves the same function as a watts link, but is an inferior design. It limits lateral movement of the diff housing within the wheel housings. So it stops the diff moving sideways like a pendulum under the car.
N.B. The reason a Torana doesn't need a panhard and a Commodore does is that the Torana's upper arms are set an an agle and the Commodores are parallel with the centreline of the vehicle. Please see Traing Arms above.

race_demon.jpg   5.59K   1 downloads
Given that a four-barrel carburetor possesses something in the order of 200 components to allow it to function correctly, it's no wonder the average enthusiast has the odd question about how it operates and why. Words and phrases like atomization, vacuum signal, fuel-metering circuits, etc. can be a little bewildering. So, here are a few of the basics with several useful illustrations to help explain. This article contains information that applies to a wide range of V8-engined machines, from street cars to tow vehicles, and from oval track racers to drag strip cars.

1) Q. Is air pushed or sucked into a carburetor?

2) Q. What is the difference between the straight-leg venturi booster, the down-leg booster, and the annular-discharge booster? Also, when should one be used in preference to another, and how does it affect jetting?

A. A straight-leg booster has, as its name implies, a straight leg, which protrudes from the body of the carburetor into the main venturi. Its discharge ring is situated slightly above the venturi's most effective zone. Its discharge ring is slightly above the venturi's most effective zone. The color red indicates the main fuel circuits, which connect with the main jets, the emulsion holes (blue) and the high-speed air bleeds located in the air entry on top of carburetor. The color yellow indicates the idle-fuel circuits, which connect with main-fuel wells, the idle-feed restrictors, the idle-air bleeds (also located in air entry on top of carb), and the idle-discharge ports and transfer slots in the baseplate.

straight_leg_booster_500.jpg   22.98K   13 downloads
B. A down-leg or drop-leg venturi booster drops the discharge ring lower in the carburetor's main venturi where it operates in air of higher velocity, which draws more fuel than the straight-leg style of booster.

down_leg_boosters_500.jpg   23.78K   8 downloads
C. The annular-discharge venturi booster has a larger ring with multiple discharge holes rather than the single outlet hole of the straight-leg or down-leg style of booster. This has the effect of creating a venturi within the main venturi that produces greater vacuum than either the straight- or down-leg varieties and draws even more fuel.

3) Q. Mechanical secondary or vacuum secondary, which style of carburetor should I use and why?

4) Q. How do I set the float levels and what effect do they have?

A. A larger carburetor can produce more power on a dynamometer, but under normal operating conditions can result in slower acceleration and lower efficiency of fuel atomization. Select the smaller carburetor, especially if you're undecided about sizes. The smaller diameter venturii increase the velocity of the air/fuel mixture. As a consequence, it usually provides better acceleration and proves to be more efficient.

6) Q. Where should the fuel-pressure regulator be located and what type should I use?

A. The pressure regulator should be mounted close to the object (carburetor, nitrous system, etc.) that's being fed with fuel. The further away the regulator is placed the greater the delay in its response (its opening and closing). A slower response causes fluctuations (spikes) in the fuel pressure. Regarding the selection of a regulator, specific vehicle requirements, but especially the type of fuel pump already in use dictates the type of fuel-pressure regulator required. For example, combine a block-mounted 15-psi pump with a throttle bypass; a belt-driven pump with a diaphragm bypass; a BG280 electric pump with a two-port regulator and a BG400 with a four-port regulator.

7) Q. How does weather and altitude affect carb jetting?

A. The more oxygen there is in the air the more fuel the engine will demand. For example, as the weather becomes colder (winter) or the altitude lower (closer to sea level), the air will contain more oxygen and the engine will require a larger jet size. In contrast, as the weather becomes warmer (summer) or the altitude higher (mountainous) the jet size needs to be reduced.

Decking - The 'deck' (face where the head bolts against) gets machined down, reducing the 'deck height'. Ups the compression without altering the head (so if you want a head that is not dedicated to high compression motors but the block is expendable), but obviously it doesn't work if your pistons are gonna hang out the top

Is also used to alter the piston top dead centre to deck height.
Example, if you stroke a motor and the new pistons are too far down the bores at top dead centre.

I will begin to remove posts and replies as the answers are included in the original post.

So its like a sway bar attached to the body of the car?

A Panhard bar serves the same function as a watts link, but is an inferior design. It limits lateral movement of the diff housing within the wheel housings. So it stops the diff moving sideways like a pendulum under the car.
The reason a Torana doesn't need a panhard and a Commodore does is that the Torana's upper arms are set an an agle and the Commodores are parallel with the centreline of the vehicle.

Greg - a definition of Watts Link would be good now - just don't mention anything else you'll nedd to explain!!

I think you could add to the following to the description of that panhard bar or maybe just this link.
http://www.afcoracin...s/panhard.shtml

The diff will move a controlled amount from side to side due to the arc created by the panhard bar. The panhard bar result in different handling characteristics for left and right turns.

You make the bar as long as is physically possible to counteract this as much as possible.

A while ago, rodomo asked me what a 'M.I.L.F.' was, maybe it's worth putting that up here too?

in reference to carbies what is annular discharge? is it a different setup to boosters?

A while ago, rodomo asked me what a 'M.I.L.F.' was, maybe it's worth putting that up here too?

I got in trouble for elaborating on something like that, perhaps it shouldn't go up

No Longer A Contributing Ninja/Member.

And you can get a pop-up book!

Any more legit questions/definitions? And you can use the A fella a spoke to didn't know what a "Xxxxxxx" was. We won't judge you.
Well, I won't.

that cleared it up. thanks Grant

C'mon all, lets use this for good.

ok a new one.
I have nice set of heads that flow 310cfm for a chev stroker I will be getting built in the future. can someone explain how people talk about some heads flow 5 or 6 hundred horsepower.
how do they work out the horsepower a head will flow. I understand cfm .

On my engines (that bought 2nd hand) spec receipt. It says it has a Bonded Harmonic Balancer.

What does this mean, and what does it help/improve?

ok a new one.
I have nice set of heads that flow 310cfm for a chev stroker I will be getting built in the future. can someone explain how people talk about some heads flow 5 or 6 hundred horsepower.
how do they work out the horsepower a head will flow. I understand cfm .

Tell me all aboutt Compression, also cna you advise why all the low compression engines where sent oversea's (presume NZ and PNG)

We are the only silly buggers that will accept the underpowered versions, it's all about balancing costs with what sells. We got the 2L VL Commodores as well

Sh!t fuel survival I would say, is why they exported low compression engines.

Back to General Questions and Help