excellent work...must be great to have it going

And cheers Rexy for all the Summernats content hahaha.

It's a cool car but I didn't see it. Perhaps it blended in with all the other Toranas? Or maybe I was blinded by all the different
and perhaps more interesting cars like R100s, RX2s, RX3s, RX4s, 626s, 929s, one first gen RX7 and all the standout RX7 FDs that you don't see every day. I don't know.

Great achievement, what a machine. Hopefully street machine get a hold of you and get an article happening. Cheers

Yeah, SM found me on the first morning and did a shoot where the car was parked. That was super cool and should become a digital article soon.

Have I put many km on the car? No, absolutely stuff all. Less than 100km. Hence why it went up there on a trailer. It looks like a car but it has a number of issues.

It has done a fair few burnouts and stuff but zero hard k's. Zero corners on the limit, not much bumpy stuff apart from some speed humps around Canberra, zero full throttle (it only has a very basic/incomplete/non-professional road tune in it).

But to me it is showing a lot of promise. It feels tight (apart from something becoming loose in the rear end after some abuse), the body feels stiff, it is basically devoid of any squeaks & rattles, the suspension is really well dampened, the steering is direct and well weighted, the low seating position is awesome, and general location of controls like the tall shifter is awesome (it also feels siiiick sitting low in a Torana).

The noise from the 8 throttles when you put the motor under any decent load... holy shit. It is frOcken unreal and having it come back towards the cabin through the scoop is intoxicating.

The brakes are lighter than I expected... but the travel is way longer than I'm happy with. Not sure if there is some air in the system? But I have spent a lot of time on bleeding it and I'm not getting any more bubbles out. I would consider stepping up the master cylinder diameter. I think C.R.S. made the recommendation for that master cylinder size and I think their idea of a muscle car driving experience might be a bit different to mine. Probably keep the wives happy, though.

No comment on suspension rear travel. I've got mega stiff rear springs in it than I'm planning on changing, and yeah not enough road testing to make any comment.

I hope K-Mac are paying you a small fortune for advertising, they will certainly get some exposure!

Beautiful result and I'm glad all those long hours got you to the Nats. Can't wait to hear how it goes once all the teething/tuning stuff is done.

lol, the only K-Mac parts that are actually on the car are the rear swaybar links. The sticker isn't from K-Mac, it's custom made using the period-correct K-Mac logo from when A9X's were being raced, and the rear bar itself was one I had made locally to fit around the huge width rear tyres. But as I'm a big sucker for 1970's Bathurst imagery, they get the exposure for free hahahahhaa.

Sent from my SM-G781B using Tapatalk

Looks really good Heath, not bad for a young bloke

Can only dream of building something this well thought out and refined. Well done heath. This car is unreal. Looking forward to the article.

Great looking car Heath and the workmanship is a real credit to you. You should be very proud of the end result.

The Car looks unreal mate!!!
So excited for you dude.
I bet its a good feeling to have it on the road.
Enjoy

Sent from my SM-G965F using Tapatalk

Credit to yourself and time to enjoy 👍👍👍

I tip my hat at you sir, well done😀
Smashing job

Really appreciate the enthusiasm from you fellas. 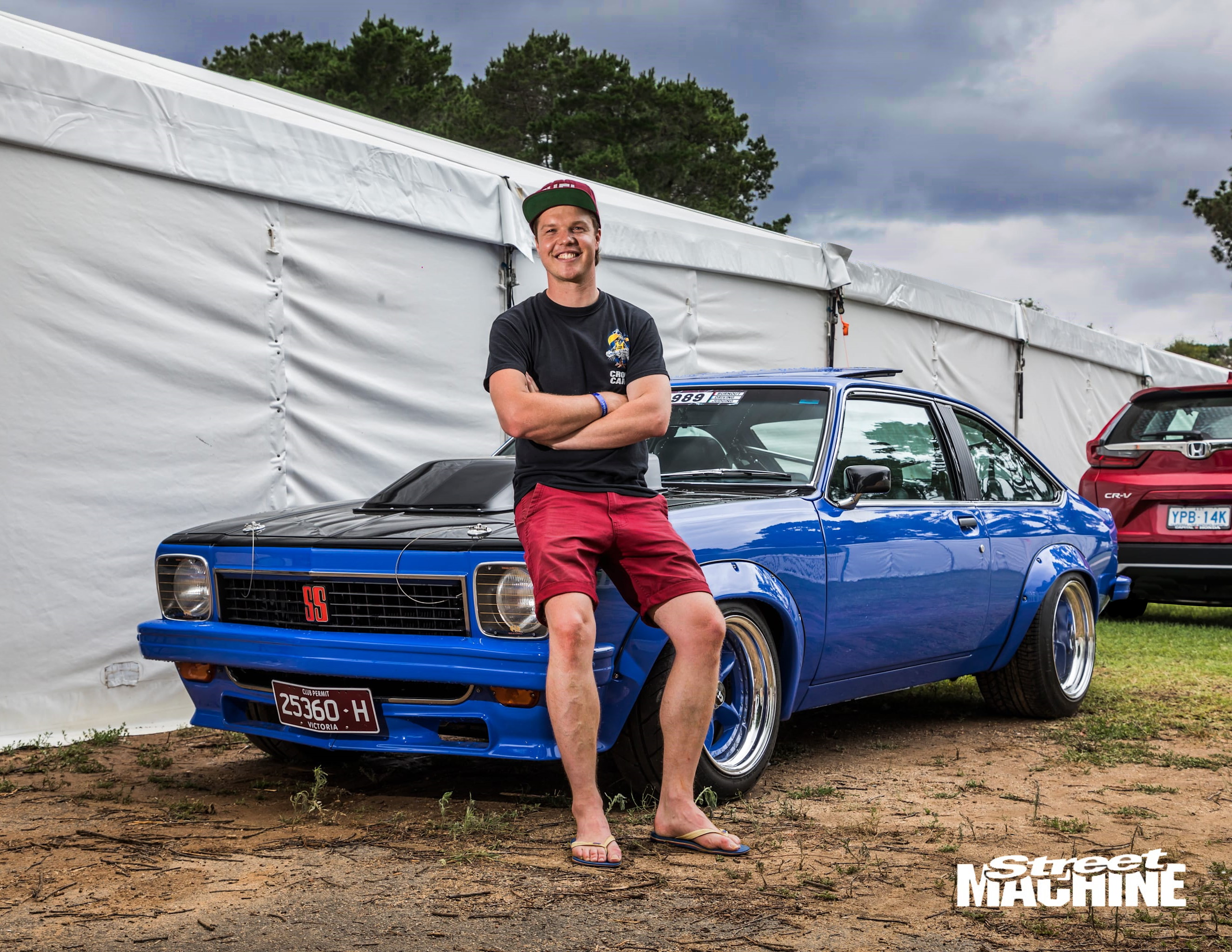 There you go, you earnt yourself a street machine writeup
Congratulations to you,
I'd be wearing a big shit-eating grin like yours too.

Excellent Heath - some well deserved recognition. It really does look a million dollars - but most importantly - you've been able to deliver a very unique and memorable Torana (not the easiest thing to do).